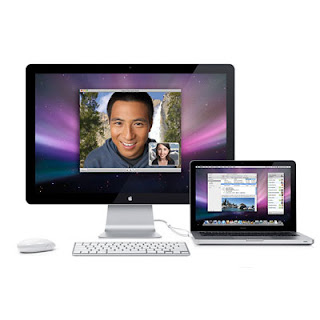 Alongside new MacBooks and MacBook Pro laptops, Apple unveiled its next generation monitors today, packing built-in webcams, LED backlighting and some clever extras too.
As well as a plug to connect to Apple laptops’ mini display port, the new screens also pack a magsafe power cable, so they can charge laptops connected to them.
That’s on top of a USB cable, letting the screen act as a USB hub with three extra sockets at the back, and built in stereo speakers.
Posted by Muhammad Waseem at 7:15 AM