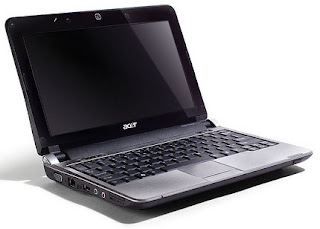 New Mini Laptops The latest laptops and netbooks
New mini laptops recently made available show evidence of an ever improving netbook market. From its humble beginnings as the Asus Eee PC 701, the netbook has developed into a sizeable percentage of the mobile computing industry. Here are some of the most headline-grabbing new mini laptops.
HP mini 2140: Business netbook
This higher end ‘business’ notebook is essentially a hybrid of Hewlett Packards two successful netbooks so far, the 2133 mini-note and the , combining the formers aluminium body with the latters chassis and interface. Of course, it retains the excellent keyboard of other hp notebook computers, stretching to the edges of the tray allowing for the keys to be as large as possible. Oddly, few netbooks are built like this – but it would seem like common sense wouldn’t it?
The HP mini 2140, whilst probably the best HP mini laptop does cost a tad more than the HP mini 1000 (currently, you can only get it as the “Compaq mini 700” in the UK), for a bit of buffed up body work, it’s questionable whether or not it’s worth it. The Compaq mini 700 has a plastic chassis – leave it down to personal taste!
window.google_render_ad();
Acer Aspire One .. but a big one
Now you’d think this isn’t really a new netbook … and you’d be right. But what the geniuses at Acer have realized is that they can replicated their success but with a fractionally larger new mini laptops – 10 inch models to be specific.
Several computer manufacturers such as Samsung and HP have only developed 10 inch models and indeed Asus, the netbook pioneer, has announced it is discontinuing it’s other lines to focus entirely on the 10 inch lines.
Acers effort features a restyled body, has changed the mouse buttons to beneath the touchpad, not the sides like the smaller model (relief!), and a slightly larger keyboard – however it doesn’t completely stretch out like the HP netbooks.
The battery problem remains, in that some models are shipping with 3-cell batteries as standard. This will give a limiting and frustrating 2-3 hours of battery life, and we recommend buying a 6 or even 9-cell battery to give satisfactory and more practical battery life – Asus realized this long ago when it launched it’s Asus Eee PC 901 and 1000 models, fitting 6-cell batteries as standard.
Posted by Muhammad Waseem at 3:13 AM